Italy: to speak of political normalisation is saying a bit much 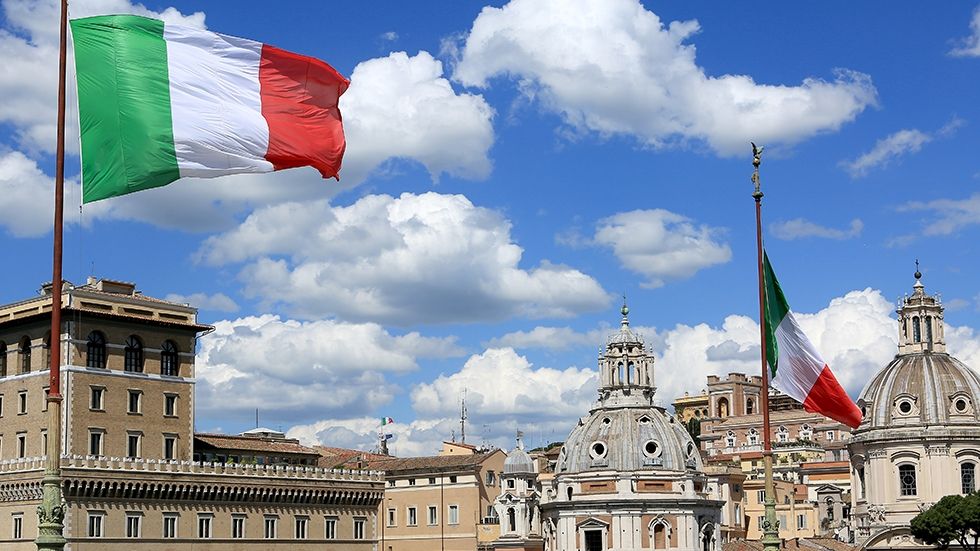 Italy: to speak of political normalisation is saying a bit much

After members of the Five Star Movement (M5S) voted to approve the formation of the new government, the M5S/Democratic Party majority has finally seen the light of day in Italy. In the end, the demise of the "Frankenstein coalition" – the nickname given to the M5S/League coalition highlighting the improbability of such a union of extremes – was a short-lived phenomenon.

This alliance between populists and nationalists, united on behalf of the people against foreign powers, was closely watched all over the world.
According to Steve Bannon, former advisor to Donald Trump, "Rome is once again the centre of the political universe.Right- and left-wing populations have agreed to set aside their differences and come together. The destiny of the people's revolt against global elites depends on this experiment*."

This experiment was made possible by the rearticulation of politics so that, instead of seeking to unite people around the highest common denominator as defined by the activities of traditional parties, the aim is simply to rack up as many members as possible. Rather than encouraging convergence towards the centre, this has the result of combining extremes to usher them out of the margins of the system and back into its core.

The terra incognita of democracy

Of course, this political transformation has very real causes. However, it also reflects behaviours inherited from the omnipresence of social media, which remove intermediation and put everyone on the same level (that of the "like"), with the goal of securing instant engagement and immediate buy-in. Social media provide a social validation channel that meets the need for recognition and approval. However, the algorithms used by social media also bring to the fore those stances that best tap into people's aspirations and fears.

Populist movements have succeeded in seizing upon this social transformation and promising to release people's energy, giving them the impression of moving back into the spotlight, shaping history and taking back control. The conflict is thus restated in terms of a battle between the individual – or the collective of all individuals (the people) – and the elites who have robbed the people of their central role. For populist movements to succeed, they must offer something more than representative democracy. The slow, impenetrable rituals of representative democracy do not fit comfortably with the impatience of consumer voters or with the instant political commentary made possible by social media, which favour experience and feelings over facts. Whereas intermediated democracy relies on accurate facts, through parliamentary and institutional oversight, direct democracy allows objective reality to be thrown off to elevate the intensity of narrative, so as to harness aspirations and fears. It flatters by rejecting expert opinion and instead approving every individual's opinion, putting knowledge and information on an equal footing. Manifestos are defined by consumer voters with no concern for overall consistency, with the result that ideological barriers are completely dissolved – which, in the end, facilitates the union of extremes.

The myth of civil society

The desire for a virtuous, uncorrupted civil society is nothing new in Italy. After the "clean hands" investigation that turned the Italian political landscape upside down by sweeping aside more or less the entire political class, this vision was embodied by a technocratic government in the early 1990s. With the economic crisis having taken its toll, it is now time to punish the political elite for having betrayed the popular mandate by pandering to the interests of a minority.

Even before the League – with its new leader Matteo Salvini – embraced the people's crusade against foreign powers, M5S was defining itself as a populist party relying on two traditional levers of populist expression: the rejection of parties, the old media and representative democracy; and the rejection of economic oligarchies. This latter characteristic, not present when the movement was born and as it became established at the local level, intensified as it developed at the national level. While some of its aspects are quite contradictory, all can be summarised as falling into an anti-globalisation, anti-rapid-development, anti-industrialist, green and post-materialist pattern.

M5S is a post-ideological algorithm, a platform devoid of political content (the Rousseau platform, managed by a private company) wherein members make all the decisions through an ongoing online consultation process. The platform selects the most worthwhile comments and identifies the themes that "work" based on user feedback. Themes are highlighted based on the intensity of reactions. The platform has no vision or manifesto other than to serve as the vehicle for a shift to a new regime of direct democracy. It captures the consensus and adapts to the most popular position, leading the movement to run contradictory campaigns.

Its seemingly open architecture, while based on bottom-up participation, is locked down and controlled from the top down. There is no shortage of participants, but few are aware of the system's characteristics.

M5S thus positions itself beyond the traditional left/right ideological divide. While, during its first few years, the movement was almost exclusively based in the north of Italy and, in particular, in traditionally left-leaning regions, since 2012 its presence has mainly expanded in the south. Its original electoral base thus consisted of the far and moderate left and abstainers. Starting in 2012, the movement siphoned off voters from the Berlusconi right and the Northern League; since 2013 it has conquered the centre-left electorate.

At its height (32.7% of the vote in the March 2018 parliamentary elections), the movement was characterised by an electorate with a highly differentiated social and ideological profile, with 45% of voters falling outside the left/right divide and the rest scattered across the political spectrum. M5S thus had its centre of gravity in the centre and was highly competitive.

However, its strengths were also its weaknesses. Its ideological lack created an opportunity for a minor role for the League, which, with 17.4% of the vote in 2018, would not otherwise have been able to come to power. Countless promises also lead to major disappointments. And, while the League took advantage of its involvement in government to push those decisions that were most promising for its electorate, often pulling the wool over M5S's eyes, M5S had to face up to reality and the economic inconsistency of its manifesto. In the end, after a year in power, its share of the vote almost halved to 17% in the May 2019 European elections, with some of its voters joining the ranks of the League or opting to abstain.

The contortions arising from the alliance with the League sounded the death knell for this coalition, which resulted in an increasing number of blockages and maverick votes on government proposals in Parliament.

M5S's vote in support of the nomination of Ursula von der Leyen as European Commission President, opposed by the League, was a clear message from the movement – or at least its executives and elected representatives – to the Italian opposition. M5S entered into a process of institutionalisation, thus opening up dialogue with traditional parties, and in particular the Democratic Party. Having gambled that such an alliance would be an impossibility, the League called for a snap election. But it underestimated the strength of parliamentary democracy and its ability to rebuild consensus without going to the polls. The movement's elected representatives and executives heavily influenced the people's vote of M5S members on the Rousseau platform, which confirmed 79% backing for the formation of a new government with the Democratic Party.

How are these two lifelong enemies going to govern together? Their respective manifestos are not as far apart as those of M5S and the League, and are closer than they were a few months ago: by shedding its right-wing electorate, M5S has become more consistent. There is convergence on matters of taxation, work and education, and the two parties are moving closer on the issues of immigration and security. While there are many more differences on institutional issues, the condition that is hardest for M5S to swallow – the requirement to recognise representative democracy – had already been imposed by the Democratic Party as a prerequisite to any alliance.

The tug-of-war between direct and intermediated democracy is not over yet. The stability of the new government will depend on electoral equilibrium between the two sides. The government will need to act in a way that reflects the interests of both parties; if the consensus is shattered, anti-establishment forces could yet regain the upper hand.