The strong, synchronised cycle of global growth has ended. Alongside hopes that the US–China trade negotiations will result in a deal and that Chinese growth picks up – but not deceiving ourselves about China’s ability to drive the world economy – we are seeing signs of flagging, although not a collapse. The major economies will mainly rely on the strength of their domestic demand to achieve a soft landing that is close to potential growth rates. And, preferring prevention rather than cure, cautious central banks have opted for more accommodative monetary policy than expected. 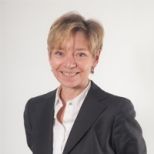 In the US, the strength of the labour market (where the unemployment rate is at an all-time low despite the fact that the participation rate is not falling) has finally led to a rise in average wages, which, without any increase in inflation, will eat into firms’ margins and productive investment. The contribution from net external demand is likely to be only very slightly negative, enabling growth to edge down ‘gently’ towards its potential level of 2%. In the Eurozone, a marked drop in foreign demand is behind the sharp slowdown in growth. The slowdown has triggered fears that Eurozone growth, which came late to the phase of swift expansion, could brutally and prematurely drop off. But, as wages take up the slack from jobs, demand from households (consumption and housing investment) is proving resilient. Firms’ high margin ratios and continued easy access to financing are conducive to investment. On the other hand, the outlook for any recovery in external demand is uncertain, and it is the incentive for investment that is giving way. Failing any recovery in exports, growth seems unlikely to exceed 1.2% in 2019.