Brexit: threat of no deal more palpable than ever 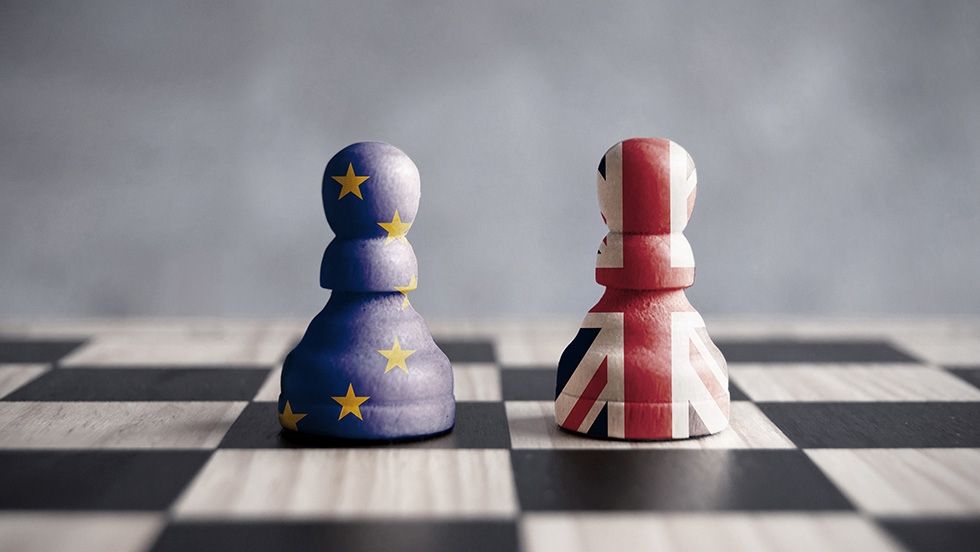 Theresa May resigned as Conservative Party leader on 7 June; the process to select her successor kicked off on Monday 10 June. The Brexit Party’s victory in the European elections on 23 May (32% of the vote) at the expense of the Conservative Party (9%), relegated to fifth place, ramps up the pressure on the next Tory leader to deliver on Brexit, even if that means a no deal exit. The probability of such a scenario has therefore increased in the wake of recent events. Boris Johnson, the bookies’ favourite to succeed Theresa May, has nicely summarised the challenge facing the next prime minister: to get the country out of the European Union (EU) by 31 October at the latest, with or without a deal. And, since the EU remains opposed to any attempt to renegotiate the withdrawal agreement, and in particular the backstop objected to by Tory eurosceptics and Northern Ireland’s Democratic Unionist Party (DUP), the only way out with a Tory government appears to be a no deal Brexit.

To what extent would Parliament, the majority of whose members we know to be opposed to a hard Brexit, be able to block a no deal Brexit this time around? This is the central question, and it is a difficult one to answer. There is no guarantee that Parliament will be able to prevent the next prime minister from exiting without a deal, for example by forcing him or her to further postpone the withdrawal deadline or cancel Brexit. The prime minister could simply run down the clock until the deadline is reached. In the words of the Institute for Government, “MPs no longer have a decisive route to prevent a no deal Brexit” and “MPs can’t use the same tactics as last time to stop no deal”. Indeed, a no deal Brexit will not be subject to a “meaningful vote” such as was planned for any withdrawal agreement, and the clause included in the EU Withdrawal Act 2018 that allowed Parliament to take control of Brexit if no deal was reached by 21 January has expired. From a legislative perspective, the only way to block a no deal Brexit would be through a no-confidence motion.

Even though the probability of an accidental no deal withdrawal has significantly increased, we remain reluctant to make this our central scenario. Beyond its economic implications, such as a sharp drop in sterling and the introduction of trade barriers, including in particular import tariffs and administrative checks that would severely disrupt supply chains, a no deal Brexit would have very adverse – potentially disastrous – consequences for social and constitutional stability. First and foremost, there would be tensions over the inevitable imposition of a hard border between the Republic of Ireland and Northern Ireland. Up to now, no member of the Conservative Party has been able to put forward a credible and implementable solution to avoid creating such a border. As explained by the Centre for European Reform , the “alternative arrangements” sought by those who reject the backstop require the favour and cooperation of affected communities and businesses – and, even in that case, such arrangements would not avoid the need for far-reaching regulatory integration with the EU. The second issue is Scotland and its independentist tendencies, which have become more pronounced since the Brexit referendum. An increase in the probability of no deal implies a higher probability of a second referendum on Scottish independence from the United Kingdom. The Scottish Government published a bill on 29 May enabling an independence referendum before 2021. If the next British prime minister were to adopt the radical path of no deal, without publishing a credible plan to limit the consequences of such a Brexit, this would only exacerbate social unrest. And the days of his or her government, held responsible for the crisis, would be numbered.

The next prime minister will thus run into the same hurdles as Theresa May, only worse: an even smaller parliamentary majority, social fatigue, the lack of an alternative to May’s withdrawal agreement and a Parliament largely opposed to no deal. The way out of this impasse remains uncertain and impossible to predict. It could take the form of fresh elections, provided there is a motion of no confidence and some Tory party members vote against their own party. The results of the European elections and recent polls, which confirm the falling popularity of both parties, clearly diminish both the Tories’ and Labour’s appetite for fresh elections. Another way out of the impasse could be a second referendum, though a parliamentary majority is a long way off. Either way, avoiding a no deal Brexit would require a further extension, and that will depend on whether the EU is inclined to grant one, assuming the UK Government asks for it. Uncertainty around Brexit is higher than ever. Combined with heightened political instability and the growing spectre of no deal, this will continue to hamper the United Kingdom’s economic outlook.