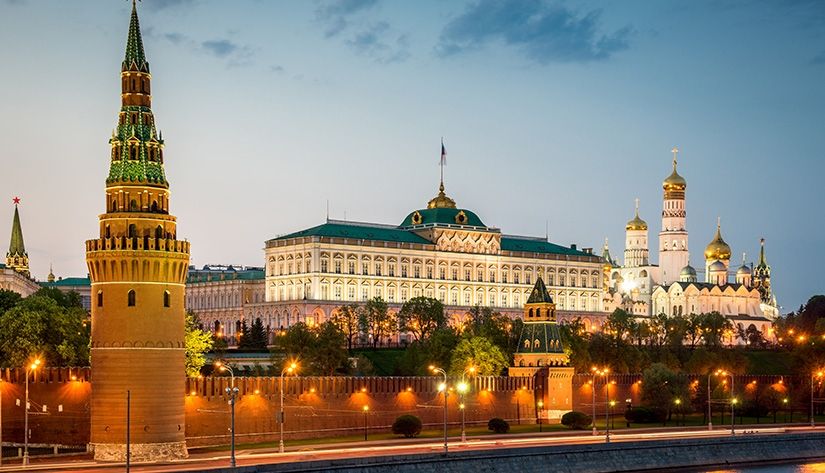 Whatever else you might think of him, Vladimir Putin has a rare gift of being able to create strategic surprise. This, according to Clausewitz, means working with discretion and acting fast. Last week, the Russian president did more to politically shake up his country in two hours than he had over the previous 20 years! After speaking for 80 minutes, he announced a list of constitutional reforms reducing (slightly) the president’s powers, limiting the number of presidential terms to two and increasing (slightly) the supervisory powers of the Duma – the Russian Parliament’s lower house – over the presidency. Three hours later, the government resigned. This was followed by the appointment as prime minister of a man virtually unknown to the Russian public, much less the world: the head of Russia’s tax service, mostly known for playing ice hockey with Putin. So where is Russia headed?
It seems to us that there are two central questions, which will remain central over the coming months: are we looking at a straightforward constitutional change or a regime change? And what place will Vladimir Putin occupy in the new order that is set to emerge?

How do you change a strongman regime without disrupting the established order?

Our first observation – not a neutral one – is that the path to the presidential transition in 2024 is finally open, and Putin seems, for the time being, to be holding all the cards. The surprise is not Medvedev’s departure; people have been talking about that for ten years. What’s surprising is the way in which the starting shot has been fired. First of all, the timing has taken the whole world by surprise. But above all, the president has wasted no time in going straight to the heart of the matter while keeping control of the agenda – a big advantage in politics! Moreover, the starting shot was fired without any market panic – another success factor for any ruling power.

Our second observation is that there has not been a public consultation in Russia since 1993. Why embark on a political transition relying on constitutional change and a potential referendum at a time when, in the wake of Brexit, democracies are increasingly wary of such approaches?

To understand this choice, you have to keep in mind not only Russia’s current political context but also, in the longer term, the social contract between the Russian people and power and, finally, the hybrid nature of a regime described as “semi-authoritarian” or as an “illiberal democracy” – i.e. a system that includes features of both an autocracy and a democracy. Such systems, of which the world has more and more, should not be mistaken for authoritarian systems devoid of all political legitimacy: the question of the social contract between the ruling strongman and the population remains important, especially in this age of social networks, which can very quickly stir up political sensibilities, whatever the regime…

However, such hybrid political systems are also unstable by nature, precisely because they rely on the personality of the strongman in power. And they become particularly unstable at times of succession. Which could, in fact, be the primary goal of this reform: knowing that he is, whichever way you slice it, on the decline, and still visibly haunted by the question of Russian power, Putin no doubt wants to stabilise the regime and its institutions so they are not reliant on him personally.

However, context also matters. Polls carried out by Levada-Center (one of Russia’s oldest, most serious and most independent sociological research institutions) indicate that the president’s popularity rating climbed back to 70% in October after falling to a low of 64% in March (compared with 88% in 2014). His popularity, while admittedly still high, has been weakened somewhat over the past couple of years by demonstrations that have spread to his own base, triggered by pension reform (well, well…).
In addition to growing street-level protest, there is also increasing weariness of Putin, in power since 1999. On top of this, there is a rejection of the government, held responsible for stagnating growth and the impoverishment of the middle class (after a very sharp increase in wealth between 2000 and 2007). Confidence ratings stand at 65% for regional governors, 44% for the government, 40% for the Duma… and 39% for Dmitry Medvedev.

o it was time for Putin to make some decisions, especially with elections to the Duma looming in autumn 2021. In other words, it was time for him to play the “Medvedev gambit” while preserving the social contract he had carefully forged with the Russian population, strangely prolonging a legitimacy that is both “soviet and tsarist”, motivated by a desire to prevent a transition that would be too painful for the people (a period of great insecurity).

A brief history of Putin’s popularity

What kind of relationship does Putin now have with the Russian people? Eight percent of Russians say they admire him, 24% say they feel some affinity for him (compared with 41% in 2008 – here we see the effects of the sharp fall in growth in 2009…) and 30% say they think no ill of him. Another 15% say their feelings towards him are neutral. So Putin is liked but not – as some of his western aficionados seem to think – adored. But this popularity is solid and, according to the same sources, only 10% of Russians are “firmly” opposed to his actions. After more than 20 years in power, this is really not very many.

What is this popularity based on? Today, it’s based on a guarantee of stability. Before 2009, however, it was based on growth in GDP per capita. The president’s legitimacy has thus shifted since 2013 to the point where he himself has now become a promise of security and territorial integrity for most Russians. To put it another way, Putin enjoys a kind of legitimacy sociologists are very familiar with: the royal kind (whereby the person of the monarch embodies the country). But this also requires a close relationship with the people, and often an elected relationship (France’s Napoleon III comes to mind).

Lastly, this legitimacy has come up against Russian preferences in relation to fundamental rights: in other surveys conducted by Levada-Center, issues of personal security, medical protection and access to education rank much higher than freedom of speech or access to information.

One last bit of context: Vladimir Putin is also attempting to respond to discontent by announcing a major programme of support for the most underprivileged families with children. And he is killing two birds with one stone: these measures are also aimed at extending the fertility support programme. The slowdown in Russia’s potential growth (currently around 1-1.5%) is indeed partly linked to demographics. Meanwhile, the goal of increasing investment to 25% of GDP by 2024, to shift growth away from being overly dependent on consumption, is also targeting the robustness of long-term growth. This is rather good news for investors.

What are the potential power scenarios?

The first thing to point out is that Putin has given the lie to a great many analysts who had been expecting Medvedev’s replacement as prime minister to emerge as Putin’s successor. Not so: at this point in time, Mikhail Mishustin has zero political clout. (That said, Putin was also unknown…).

The second thing to point out is that if, by any chance, Putin is looking for a true successor – i.e. a man capable of embodying the same kind of legitimacy – the process now underway buys him some time.

Currently the most likely scenario, however, is that of a two-pronged or even triangular governance structure, with Putin continuing to head a Council of State that would play a more prominent role on societal and geopolitical issues, leaving the presidency or even the Duma to look after day-to-day matters. Furthermore, no one who has not lived in Russia for the past 25 years will be eligible to stand for election as president, thus ruling out the possibility of an external opponent.

In conclusion, Russian power seems to be committed to this hybrid form of “illiberal democracy”, ruling out any chance that the regime might evolve towards a China-style “president for life”. Moreover, Putin has unambiguously signalled his desire to maintain a position of power (supported, no doubt, by regional governors and the United Russia party), though probably not to govern directly. This remains to be clarified. Lastly, the relationship between the government and Parliament is in the process of being rebalanced.

Much uncertainty remains, of course. On the one hand, social support will not mean much in the long term if growth is weak, fuelling political discontent. On the other hand, holding a popular consultation is never a simple matter, even in a country classed as “semi-authoritarian”. Such an exercise involves a degree of risk, especially if it becomes a plebiscite in which not only the result but also voter turnout and even compliance with the will of the people are at stake. It is therefore possible that this referendum could take place very soon, or there could even be a snap election.

Finally, in a troubled geopolitical context, the Russian regime will most likely continue to make the country’s security a priority. And ultimately, that on its own tends to favour a tightening of the reins in the hands of Vladimir Putin.