Emerging Countries – IMF: a cry in the desert? 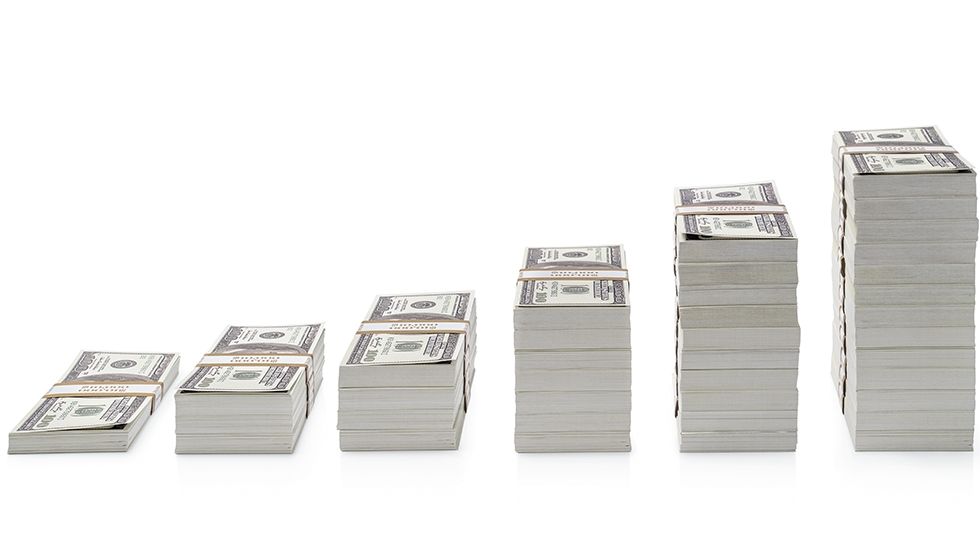 The IMF has raised the alarm on two related issues: the imminence of a debt crisis for the least developed countries and the difficulties that will be faced in restructuring that debt. Moreover, if debt is not restructured in an orderly manner, the countries in question will be left facing even more severe crises. The IMF is justified in raising the alarm: the situation is an impasse.

We only lend to rich countries

Let us first summarise the various points raised in the international organisation’s notes. On the one hand, the Fund reiterates the looming situation in terms of public debt as a percentage of GDP: an average increase of 20% for developed countries, 10% for emerging countries and 7% for low-income countries. So I’m afraid it’s true that we only lend to rich countries (especially when they lend to themselves…). It must be said that the poorest countries were, in many cases, already the most heavily in debt, and thus had already breached alert thresholds. Furthermore, those same poorest countries have less access to markets, which means their debt alert thresholds are, in fact, lower. Lastly, a debt ratio consists of not only a numerator but also a denominator: the growth rate. Here again, low-income countries will be at more of a disadvantage than so-called developed countries: the irreversible damage the crisis has done to their supply (investment) and demand (consumption) capacity will have longer-lasting effects. In short, their long-term growth potential will be pulled downwards. And we should also note that these countries will, in many cases, be hit harder by the slowdown in international trade, or tourism – or, for those countries highly specialised in export, commodity prices.

From liquidity risk to solvency risk

In summary, and this is the second point in the IMF’s warning, for the past six months, our attention has been focused purely on liquidity issues: the crisis took the shape of a historical global liquidity crisis in the form of a collapse. Now, though, the risk of a liquidity crisis is not going to materialise globally; rather, it is going to predominantly affect the most vulnerable countries. In addition, the history of sovereign risk teaches us that liquidity crises, when they happen in countries with high levels of debt, are connected to solvency crises (though this can take a while to filter through). In any event, this is true of the history of sovereign risk in the universe of “emerging countries”: i.e. a universe where the idea of an unlimited lender of last resort simply does not exist.

Moreover, it was on the basis of this principle of a fundamental connection between liquidity risk and solvency risk that “first-generation” rating models were redesigned after the Mexican crisis of the 1980s. It was also on the basis of this observation that Bagehot – a 19th-century British journalist who spent a lot of time studying issues of sovereignty and the relationship between economics and politics – set out his principles. Practically speaking, these principles are usually understood as the idea that a lender of last resort can act effectively against a liquidity crisis but rarely so against a genuine solvency crisis – which means it’s vital to identify which type of crisis is happening before deciding whether to lend.

This is obviously a very simplistic summary of complex debates around the nature of a lender of last resort faced with the risk of moral hazard. Fundamentally, though – and operationally for investors seeking to measure their risk – this debate is closely connected with the relationship between liquidity risk and solvency risk.

The COVID-19 crisis brings all this sharply into focus: in terms of sovereign risk, a huge gulf is opening up between the richest countries, which are regaining some kind of confidence by building a world in which the threat posed by liquidity risk appears to have abated, and the poorest countries, which will not be able to rely on the support of an unlimited lender of last resort. The IMF has, of course, given assurances of support… but it has also reiterated in its notes that the emergency facilities it has put in place will, as a matter of principle, run out at some point – notably when the G20 debt service initiative expires at the end of December.

That sums up the debt crisis and what appears to be a solitary cry from the IMF, which, having saved part of the world in May, is keen to remind us, faced with the looming structural problems, “I am not an unlimited lender of last resort”.

The impasse of future debt restructuring?

That leaves the second part, which is where the impasse converges on a huge question mark: how to go about restructuring debt for countries whose debt is held partly by multiple private market lenders and partly by China, which offers no visibility on its loans (in terms of maturities, amounts or interest rates) and which, moreover, has numerous loans secured against commodities[1].

How can we restructure debt within the existing framework of the Paris and London Clubs without giving the country that is, in many cases, the principal creditor a seat at the table? This is not a new question: multilateral lenders and development banks, whose lending conditions depend on knowing exactly how much debt countries have, have had to contend with it for many years in the form of another fine example of moral hazard. The lack of a transparent debt policy around the “New Silk Road” programme has given rise to a huge moral hazard affecting multiple countries; all the COVID crisis has done is highlight the incompatibility of this situation with existing debt restructuring procedures.

This is a problem from Africa to Central Asia, from Zambia to Tajikistan – which, for example, has already asked China to grant it debt relief at the same time as receiving loans from the IMF. If these loans are, in fact, used to repay Chinese debt, this will soon jam up the system. On top of that, these Chinese debt repayments are about to increase dramatically for many countries: the grace periods granted by Beijing, although long, are drawing to a close. And on top of that, financial markets, which rarely pass up an opportunity to invest in high-risk situations, have also lent to these very vulnerable countries, many of which have issued Eurobonds over the past few years…

Reforming both the detail and the overall approach

The IMF has finally – and bravely – outlined some potential solutions that will be debated over the coming weeks: extending existing emergency assistance programmes (of course); including collectively more binding legal clauses in initial agreements (obviously); negotiating with all stakeholders; etc. But the Fund has also spoken out very clearly on the need to redefine the overall architecture of debt restructuring. Which points to a much broader and more serious issue: the battle for international law and the battle to define standards – whether technical or legal – are merely symptoms of the great political transition that is taking place, reflected in a vacuum of international governance and power struggles in every domain. And let’s not forget who the IMF’s principal shareholders are – and let’s take these kinds of alerts very seriously when they are issued.

Lastly, China is going to have to make some very interesting choices. Given that Beijing officially supports multilateralism, it would not be surprising if China were to use the debt issue as an opportunity to prove its multilateral good faith. What would make it even less surprising is that this could be in China’s interest, including financially. In this scenario, the exercise of restructuring the poorest countries’ debts would look very much like the first steps – stumbling steps, no doubt – towards a new system of global governance. And we should always be wary of Janus-like strategies (Janus being the two-faced god), which in this case would consist of participating in multilateralism with one hand while hardening bilateral relations with the other. And I’m not talking here about any one country in particular…

Article published on 9 October 2020 in our weekly newsletter, World – This week’s news.

[1] For more information, see our weekly issue of 12 June 2020 for an article titled “Sub-Saharan Africa – Food distress and financial distress: what role will China play?”

That leaves the second part, which is where the impasse converges on a huge question mark: how to go about restructuring debt for countries whose debt is held partly by multiple private market lenders and partly by China, which offers no visibility on its loans (in terms of maturities, amounts or interest rates) and which, moreover, has numerous loans secured against commodities.