Are you a Biden or a Bollywood? 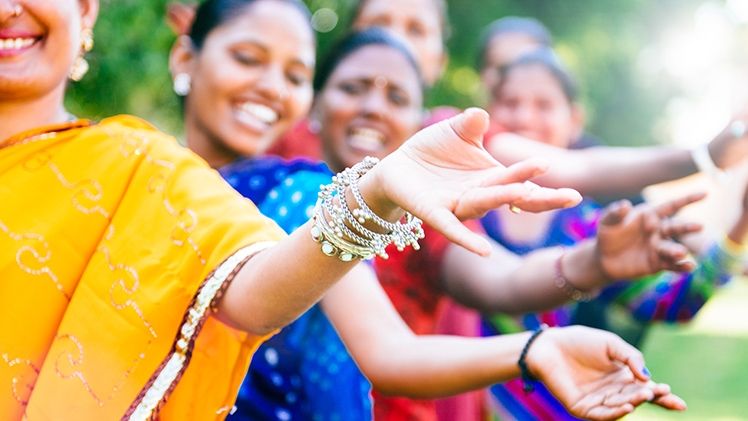 “America is back”, said Joe Biden. Perfect. But is that good news for us? There are three ways to understand it. The first is, unsurprisingly, as a return to multilateralism. The second is as a domestic political message: rebuilding around the heart of the nation. Which leaves the third: the United States wants to reclaim its leadership of the Western alliance. Is America back?

The word “leadership”, as fashionable as it is, is not to be taken lightly. It doesn’t translate easily into other languages and people understand it differently depending on their culture. Managing, directing, guiding, inspiring… being a leader doesn’t mean the same thing everywhere[1]. While the Swedes focus on seeking consensus, the Americans want the vision of a Kennedy. Geopolitics is shot through with the same sort of ambiguity. The power of a state is measured not only by its physical capacity (military, economic, demographic, etc.) but also by its willingness and ability to mobilise that capacity to project power (this is where Europe is weak) and, lastly, its psychological capacity to unite its people[2].

This is one of the most important areas of geopolitics – and the most difficult to measure. As vast and difficult as love, said Joseph Nye, the father of “soft power”, and the metaphor is a rich one. Leadership – and, beyond it, a hegemon’s power of attraction – encompasses the embodiment of values and the dissemination of not only a culture, an education and a way of life but also an ideology and/or a philosophy and/or a religion. This is about much more than just cultural influence: it’s about a battle of ideas and emotions. It’s about winning hearts and minds and creating consensus. That’s going to be hard for the United States, which can no longer generate soft power as usual, because the American dream is broken. Even the world’s top universities will no longer have the same geopolitical impact if the society to which they belong is unattractive: the goal is not only to attract brainpower but to keep it. To translate this into economic terms, the marginal efficiency of a power factor depends on how attractive the overall model is.

Meanwhile, China, whose soft power is handicapped by the fear it provokes, is benefiting from confusion linked to the attractions of Asian civilisation. Through the likes of yoga and meditation, the latter offers answers to the West’s existential evils. Yet yoga comes from India and Zen from Japan, and while Asian countries (except India) have joined the RCEP[3], they are China’s geopolitical enemies. Paradoxically, it’s the West that’s building an Asian narrative that helps Chinese soft power: so many geopolitical and economic texts use the word Asia where they should instead say China or ASEAN! While this confusion certainly underscores the reality of a shift in the centre of civilisation, as defined by Braudel[4], the geopolitical narrative it conveys is a fiction.

The battle of affective geopolitics is going to be very tough for Joe Biden. But, however tough it is, it will mark his mandate because it’s a strategic necessity, for at least four reasons.

The first reason relates to the fact that it is more or less impossible for the United States to quickly rebuild its hegemonic power through economic means (absent technological breakthroughs and/or the aggressive use of monetary policy weapons). At best, the US will pursue a strategy of decoupling in hi-tech sectors, of “strategic rivalry” (a term that’s very much in vogue at US think tanks) and of containment of Chinese power, notably by keeping a firm hold on Taiwan’s critical microprocessor production capability. Taiwan is the West’s trump card and China’s “Wutong risk”[5] It represents the front line in the new cold war that’s being sold to us… However, apart from currency (which is no trivial matter: as an attribute of power, currency should never be underestimated), the economy is the area in which the hegemonic shift towards China is most advanced. This is not simply about GDP catching up; it’s about a veritable displacement of power. An example: when a market is big enough to influence global quantities and prices, it becomes a hegemonic factor[6]. Today’s investors cannot afford to shun the Chinese market, and Europe – no doubt to the dismay of Trump, and Biden after him – has signed an investment agreement with Beijing. This structural limit on the deployment of power through economic means is also reinforced by a political imperative: all states seek to ensure their sovereignty in strategic sectors (energy, healthcare, technology, etc.) and, at minimum, to limit their dependence. No country will allow itself to be seduced by the Silk Road; countries will instead opt to diversify their sources of supply, even among Western allies.

The second reason why geopolitics must win hearts and minds has to do with the political impact of the digital transition. The ability to mobilise people, spillover effects, shifting centres of legitimacy, identity and power… No country and no regime is immune: digitalisation is changing the very nature of politics and triggering a huge swing in power factors towards the datasphere[7]. While it’s impossible to predict how far this might go, one thing is certain: the battle of ideas – and the battle for hearts and minds – is a fight for the geopolitical right to exist.

The third reason is that the West is undergoing two simultaneous crises, one political and the other geopolitical, each fuelling the other: if the reconstruction of values is to succeed, it must happen internally and externally at the same time. The United States has no choice; the American hero is universal. That said, there’s a huge pitfall here: to fight for human rights without combating inequality or identity-based division would be suicidal. Gone are the days when people could be duped into swallowing a value-free narrative… But don’t worry, Joe Biden must know this: he emphasised it in his inaugural speech when he talked about the need to lead by example. And the Obama experiment must keep him awake at night: despite the former president’s leadership and highly committed stance, Bashar al-Assad is still there…

Lastly, the final reason is the most important: our children. Geopolitics will be hit by a generational shock as soon as they take the reins, convinced by the need for urgent action in the face of the climate emergency. When that time comes, we’re going to need a geopolitics that reshapes how we imagine the world – which means one that goes well beyond a human rights narrative. No state will be able to claim leadership unless it offers environmental answers, and unless it is a force for peace that can work with others for the good of all humankind. This puts me in mind of the Renaissance: an “astounding upheaval of the moral and ideological order”, which is not possible without an “attempt to improve the art of governing within the framework of the established order”[8]. If it is to succeed, then, the geopolitics of transition must be a geopolitics of peace, an overhaul of ideologies and a new theory of the state. And, just as knights were replaced by bourgeois entrepreneurs, so too will heroes be replaced.

Joe Biden has a long road ahead of him. The United States has one key asset, benefits from one stroke of luck, and faces one key risk. The asset is that America is the land of the New Deal. The stroke of luck is that the appeal of authoritarian regimes – even those that are economically efficient – is forever limited by people’s taste for freedom. The risk is that of embarking on a crusade for human rights as though it were implementing a marketing plan. And, of course, we must not underestimate the ability of other powers to strategically empower themselves and generate competing soft power. Bollywood and Studio Ghibli must be taken seriously: they are also geopolitical symptoms of a global shift. One is teaching Moroccan kids Hindi; the other is shaping the imaginations of all the world’s children…

[3] Regional Comprehensive Economic Partnership, formed by 15 countries in the Asia-Pacific region in November 2020.

[5] Wutong Mountain lies across the South China Sea from Taiwan. The expression was used by General Qiao Liang in an interview published in Chinese in a Hong Kong magazine in May 2020. He was referring to the risk to China of keeping its sights set on Taiwan or intervening there. In this interview, the general advocates strategic patience. The general has also co-authored an important strategic work titled Unrestricted Warfare.

[8] A. Hirschmann, The Passions and the Interests, Princeton University Press, 1977.

Joe Biden has a long road ahead of him. The United States has one key asset, benefits from one stroke of luck, and faces one key risk. The asset is that America is the land of the New Deal. The stroke of luck is that the appeal of authoritarian regimes – even those that are economically efficient – is forever limited by people's taste for freedom. The risk is that of embarking on a crusade for human rights as though it were implementing a marketing plan. And, of course, we must not underestimate the ability of other powers to strategically empower themselves and generate competing soft power. Bollywood and Studio Ghibli must be taken seriously: they are also geopolitical symptoms of a global shift. One is teaching Moroccan kids Hindi; the other is shaping the imaginations of all the world's children…