Centring the rudder: Italy, vanguard of the decline of the anti-establishment in Europe? 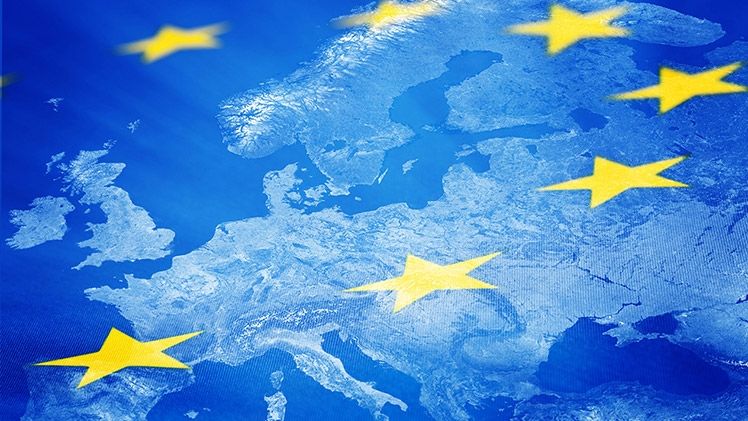 Once again, Italian politics seems to be serving as an advanced testing ground for political scenarios. As with Joe Biden’s election in the US, the Italian political landscape is being redrawn in a configuration that might suggest that anti-establishment forces have – for the time being, at least – failed. The social democratic compromise embodying the approach of the scientific technocracy had been defied and decried by the anti-establishment, which blamed it for giving in to neoliberalism, failing to manage the great economic and financial crisis and passively accepting the decline of Western economies. And yet, after a brief spell in government, anti-establishment forces are now out of power. The pendulum might perhaps have been expected to swing the other way, with progressive forces in turn gaining the upper hand. Instead, it is the social democratic and liberal forces that are returning to power. This is true in the United States, where the moderate wing of the Democrats has gained the upper hand over the progressive wing. It’s also the scenario that’s playing out this week in Italy, where the broad centre is sweeping away the attempt to build a left-wing progressive axis through strategic convergence between the anti-establishment Five-Star Movement (M5S) and the traditional and far left. Will this new compromise prove to be the right way to banish anti-establishment risk for good?

By withdrawing his support from the governing alliance between the traditional and far left (the Democratic Party and Liberi e Uguali) and M5S, Matteo Renzi, founder of the centre-left Italia Viva party, has laid the foundations for his plan to rebuild a broad centre, which would relegate the main populist players who have held the stage since 2018 (M5S, Fratelli d’Italia and, to a lesser extent, the League) to the margins.

Italy’s centrist parties (centre-right and centre-left) want to entrust the task of governing to someone outside of politics in the person of former European Central Bank president Mario Draghi. The absence of a strong political leader in the centre and the strong proportional bent of Italy’s electoral system mean a Macron-style rise to power is not possible.

This shift back to the centre cannot happen without the support of M5S or the League. That being the case, it could result in a permanent split in M5S between its governmental and “movementist” wings and consolidate the anti-establishment movement’s transformation into a more conventional progressive force. That would certainly mean losing votes to abstention or the anti-establishment right. It will also have consequences on the right by shifting the right-wing alliance between Forza Italia, the League and Fratelli d’Italia back towards the centre. While Berlusconi, with Forza Italia, has injected himself back into the thick of the political game by supporting Draghi, the League’s existential questioning is intensifying.

The issue of whether or not to support Draghi will provide Giancarlo Giorgetti’s traditional wing with arguments and influence. Giorgetti has long worked to recentre the League, with the goal of reopening communication channels with the European traditional right and joining the European People’s Party. The “normalisation” of the League would weaken Matteo Salvini’s position and could see him lose people from his sovereigntist wing to Fratelli d’Italia, which is already benefiting greatly from nationalist hyperbole.

This could – temporarily, at least – weaken the anti-establishment fronts on right and left alike, along with the progressive front formed by the far left and M5S.

And so it is that a moderate rather than a progressive response is once again being proposed as an alternative to populism. Can this less divisive response bring voters and parties back to the centre ground and temporarily hold off the populist wave? This will be a central question in the new electoral cycle that is getting underway in Europe, with European countries returning to the polls (Netherlands, Germany, France and Italy).

The success of the social democratic compromise – indeed, its very survival – will depend on its economic choices. The challenge facing these rebuilt majorities is one of economic reconstruction. Will this compromise, still dominant at the national and supranational levels in Europe, be able to throw off the neoliberal view and return to a more classical ordoliberal stance? While emphasising the fundamental principles of open markets, respect for private property, stakeholder accountability and consistent economic policy, an ordoliberal stance sees institutions playing an active role in correcting for externalities, limiting monopoly power and promoting progressive income policies to avoid concentration.

Such a stance today appears better suited to the need to rebalance the system. By accelerating the structural transformation of the economy and sectoral reallocation, the COVID crisis has increased demand for protection and redistribution. Ordoliberalism can come up with the right incentives to steer the transformation of private agents. However, it must also get better at coming up with policies that support this transition – a transition that will create losers as well as winners. This also raises the question of redistribution, and one can hope that a “synergistic” view of the production system – a virtuous supply-side policy that not only creates but also distributes value – will win the day. The key challenge facing governments will thus be to strike the right balance between incentivising and supporting transformation, with increasingly tight fiscal constraints forcing them to broaden the tax base by focusing on oligopoly rents.

Will broad majorities encompassing both moderate and progressive forces be able to better affirm these principles and draw up these policies? Their ability to meet these demands and needs will be key to interpreting the future of political risk in Europe and beyond.

And so it is that a moderate rather than a progressive response is once again being proposed as an alternative to populism. Can this less divisive response bring voters and parties back to the centre ground and temporarily hold off the populist wave? This will be a central question in the new electoral cycle that is getting underway in Europe, with European countries returning to the polls (Netherlands, Germany, France and Italy). The success of the social democratic compromise – indeed, its very survival – will depend on its economic choices. The challenge facing these rebuilt majorities is one of economic reconstruction.