The promise of green steel 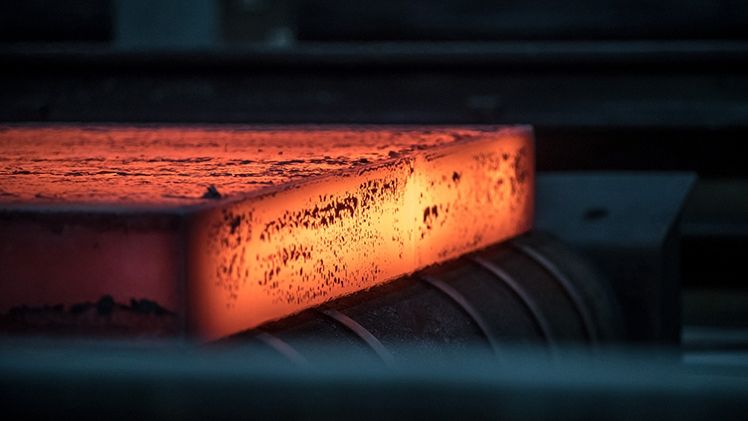 Falling demand, overcapacity, margins hit by volatile commodity prices… Weakened by the current crisis, steelmakers are still using large amounts of coal to fuel their traditional blast furnaces – a particularly polluting process that needs 600 kilograms of coal to produce one metric ton of steel. With 71% of global output still produced in blast furnaces, the steel industry – which on its own accounts for 5-7% of global CO2 emissions – no longer has a choice: it must firmly and sustainably commit to reduce emissions.

To push towards carbon-free or near-carbon-free production, steelmakers are counting on electric arc furnace plants and direct reduction technology[1] as well as disruptive innovations like the production of "green" hydrogen[2] or, in the longer term, iron ore electrolysis or reduction of iron ore by hydrogen plasma[3].

The steel industry has begun to shrink its carbon footprint thanks to the rise of the electric steelmaking process. More recent electric arc furnaces, which account for almost a quarter (21%) of global steel production and use a process that is gaining in efficiency, are becoming more commonplace. As well as being flexible and contributing to the circular economy through their ability to use recycled products like scrap iron, these furnaces emit considerably less CO2 than blast furnaces (three to five times less, according to the World Steel Association).

As regards blast furnaces, hydrogen could be the key to extending their lives in a world where carbon reduction is becoming a priority. Indeed, replacing pulverised coal in blast furnaces with hydrogen looks like an interesting short-term solution that would reduce CO2 emissions by 20-30%. Furthermore, the capture, storage and, in some cases, recovery of the CO2 still emitted by these historical processes could help further reduce emissions.

However, this solution will not completely do away with the need for coal in blast furnaces: significant amounts will still be required. Furthermore, the direct reduction process, which produces the prereduced iron ore that fuels electric steelmaking, runs on gas.

In light of the above, the winning solution for sustainably removing carbon from the steel industry is to continue transitioning away from blast furnaces (which currently account for the lion’s share of production) towards solutions that use a combination of electric arc furnaces, direct reduction and hydrogen. With hydrogen replacing gas in the production cycle, this innovative industrial combination has the huge advantage of requiring little fossil fuel.

This industrial option needs a lot of electricity, though, both to power the electric arc furnace and to produce the emissions-free green hydrogen the process requires. However, if the electricity is generated from carbon-free sources, this combination becomes ultra-efficient. It can reduce CO2 emissions by 95% to almost zero.

While the technical feasibility of cleaner, hydrogen-based technologies is a given, the promise offered by green steel depends on low-cost access to green hydrogen, the development of which is currently hampered by the cost of the associated electricity. The large-scale, low-cost production of green hydrogen is not yet an economically viable solution.

However, steelmakers are taking a long-term view and are already developing these technologies, which could be profitable from 2035, entailing a tenfold increase in demand for hydrogen from the steel industry between 2030 and 2050.

Carbon-free steel: an opportunity for Europe

While the ongoing crisis has weakened Europe’s steelmakers, it also offers them an opportunity to position themselves as leaders in the production of carbon-free steel.

A number of projects are already underway, among them Sweden’s pioneering HYBRIT, created by steelmaker SSAB, mining company LKAB and energy supplier Vattenfall. The project aims to bring emissions-free steel – from iron ore extraction right through to the finished product – to market by 2036, with the first pilot site to be up and running as early as 2026. Several other European steelmakers are following in its footsteps (e.g. Salzgitter, Thyssenkrupp, ArcelorMittal and Voestalpine), albeit with longer adaptation periods: since switching to carbon-free production means abandoning the blast-furnace process, it requires huge investment starting now.

For example, ArcelorMittal is likely to have to spend around €50 billion to successfully transform its European sites, which produce around 60 million metric tons of steel every year. And that doesn’t include the cost of infrastructure needed to produce and distribute green hydrogen, estimated for Europe at €150-200 billion.

To speed up this transition, political Europe, guided by France and Germany, has taken action in the form of recovery plans, specific subsidies for the hydrogen sector and fiscal measures to help create a genuine European low-carbon steel market – such as, for example, the border carbon tax and carbon contracts for difference.

There is, then, a real desire to move towards this technological transition. This is driven partly by political realities, with Europe committed to achieving carbon neutrality by 2050, but also by economic considerations: competition in the sector is fierce and long-term forward planning will be vital.

The recent announcement by Chinese firm Baowu – the world’s leading steelmaker – that it plans to produce carbon-neutral steel by 2035 highlights this new race for neutrality, which should ensure steelmakers’ competitiveness for the next 20 years!

[1]  The direct reduction process (also known as direct reduced iron or DRI) produces solid iron with the help of a reducing gas, generally syngas (H2 + CO) derived from reformed natural gas; this gas can be replaced with hydrogen. The resulting metal (referred to as prereduced) is often then compressed into pellets used mainly in electric arc furnaces.

[3]  Developed by Austrian steelmaker Voestalpine, the processing of iron ore using high-temperature hydrogen plasma generates the energy needed to smelt the iron at the same time as it is reduced. 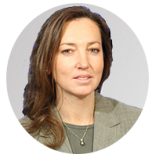 To push towards carbon-free or near-carbon-free production, steelmakers are counting on electric arc furnace plants and direct reduction technology as well as disruptive innovations like the production of “green” hydrogen or, in the longer term, iron ore electrolysis or reduction of iron ore by hydrogen plasma.