Covid-19 in sub-Saharan Africa: the dangers of the third wave

Sub-Saharan Africa has long been seen as having been spared the severity of the Covid-19 pandemic, from a public health perspective. While data regarding the scope of contamination and the human cost is still very patchy, the rare scenes of overcrowded hospitals had given a less dramatic impression of the virus in Africa. Now, with a third wave hitting sub-Saharan Africa come fears of harsher consequences. This is being caused by the appearance and spread of the Delta variant – the same one running rampant in India. According to the WHO, Delta has been detected in fourteen African countries. Youth, which acted as a barrier against mortality during the first waves, may offer less protection against this variant.

In addition, preventable deaths caused by oxygen shortages have been reported in several countries. The WHO also points to a lack of respect for social-distancing measures as a reason for this new wave. In Kenya, which is just now starting to surface after a second wave, the Delta variant is spreading fast in some regions as large gatherings resume.

Last week, new cases were up 31% across the continent, with eighteen sub-Saharan countries recording an increase of more than 20%. The hardest-hit region by far is southern Africa, particularly South Africa – the country most damaged by previous waves. The resurgent pandemic is mainly affecting the economic and political centres of Johannesburg and Pretoria. As a result, the government has been forced to reinstate alert level three (out of five).

The current winter is partly responsible for the greater spread of the virus. Still, it is hard to ignore the setbacks in the vaccination campaign, which are raising fears that this third wave will not be the last. In fact, despite having a distinct edge in terms of vaccine roll-out compared to other countries in the region, just 1.8% of the population has had its first dose, and less than 1% is fully vaccinated.

To solve this problem, South Africa is looking to its pharmaceutical industry and local vaccine production. President Ramaphosa is arguing that intellectual property on existing vaccines should be waived so that his country can start producing them. Yet there is another option being put in place for now: a few days ago, the WHO and South Africa announced the creation of a hub dedicated to technology transfer on mRNA vaccines. The aim of this hub is for companies in developing countries to learn how to industrialise this licensed technology, through partnerships with companies already producing the same type of vaccines. Cyril Ramaphosa and WHO experts concur that, with this initiative, South Africa should be able to produce its first such vaccines in 9-12 months.

Beyond southern Africa, Uganda is the country of greatest concern right now. New daily cases in this East African nation have skyrocketed. There, too, the government imposed new restrictions starting on 18 June. Other countries, like the Democratic Republic of the Congo, have also had to toughen their health regulations to cope with this new wave. 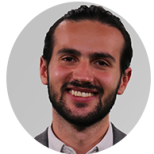 At the beginning of June, Africa accounted for less than 1% of vaccine doses administered. This means the region’s economies are now in a risk universe that looks less and less like the countries where vaccination is reopening the doors to normalcy. South Africa had recently posted positive economic indicators, which bumped up many of its growth forecasts for 2021 (now at +4% to +5%). With this new wave, and the possibility of another before the year ends, those projections are much less reliable. Uncertainty is especially high in the service sectors, where the micro economic fallout will take much longer to appear, since business activity has still never been able to fully recover.