Seaweed: towards a greener future 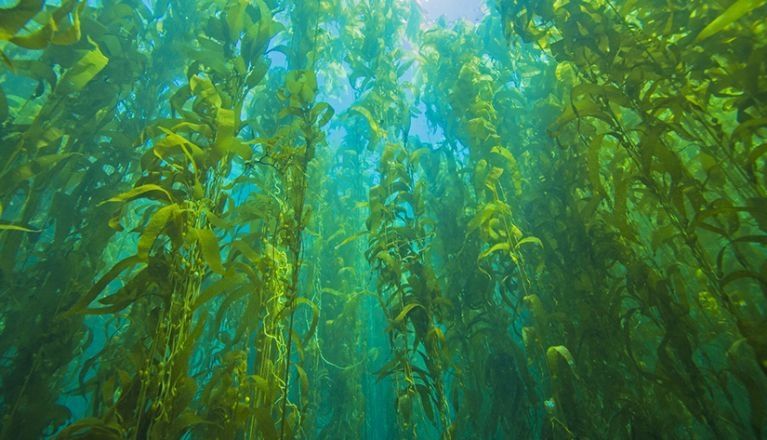 "Some algae are a delicacy fit for the most honoured guests, even for the King himself", wrote Sze Teu in the seventh century BCE. In 2021, seaweed continues to occupy a place of honour at the table, mainly in Asia, though it seems to still be missing from European tables, notably because of a negative image associated with beaches left covered in the stuff when the tide goes out. But seaweed has more to offer: it is gradually establishing itself in society by way of new uses and innovative processes.

Seaweed comes in a variety of categories and forms: microalgae, made up of small numbers of cells, and macroalgae such as laminaria. According to the Food and Agriculture Organization (FAO), some 221 species of seaweed are now of commercial value, though only ten can really be said to be intensively farmed. However, not all these seaweeds are edible. In France, 25 varieties of seaweed have been classified as edible by the Centre d’étude et de valorisation des algues (Centre for the Study and Promotion of Seaweed).

Seaweed offers many benefits as a human food: it is rich in nutrients essential to our health, such as iodine, important for healthy thyroid function, fluorides, critical to oral health, and manganese, essential to bone formation and insulin production. Although still a rarity on our plates, it can be found on the menu at some restaurants or on sale as an ingredient in some mass market products. For example, Odontella is developing a seaweed-based plant substitute for salmon. And seaweed can now be found in all kinds of food products including crackers, pasta and tea. Thanks to its functional properties, it is also heavily used in production processes in the agri-food and cosmetics industries. Examples here include hydrocolloids, carrageenans and alginates, all widely used as gelling or thickening agents. This means carrageenans even find their way into our cordon bleu cuisine!

Seaweed, or seaweed extract, also has applications in food supplements and nutraceuticals. Apart from the now famous spirulina, many other seaweed ingredients are under development. Various seaweed-based oils, such as schizochytrium oil, are appearing on the market; these are notably rich in omega-3 docosahexaenoic acid (DHA). Other avenues are also being explored in human health, where seaweed is used as an antioxidant, often alongside curative medical treatments.

Seaweed is also used in animal and plant food. A characteristic of some seaweeds is that they reduce the amount of methane released by livestock. They are also thought to stimulate immune response in animals, thus limiting the need for vaccines and antibiotics. This is the rationale behind LLDC Algae’s decision to develop a chlorella-based food supplement for the pig industry. The company claims the supplement, named Greenfeed Chlorella, boosts animals’ performance and health. On the plant side, seaweed can act as a biostimulant. Wrack has long been used to fertilise fields, particularly in Brittany; indeed, seaweed is rich in plant hormones like cytokines. It offers many benefits including improving plant health and stimulating growth. Brittany-based group Olmix has chosen to go down this route.

Lastly, seaweed can be used as biomass in various industrial and chemical processes, for example biofuel production. The idea of producing bioplastics from this biomass is being explored as an environmentally friendly alternative to traditional plastic. For example, Saint-Malo-based Algopack makes plastic granules from seaweed.

Given its broad spectrum of uses, seaweed could soon become a key resource in a greener industrial revolution. And it is a plentiful, non-polluting resource that requires no water, fertiliser or pesticide.

Seaweed offers many benefits as a human food: it is rich in nutrients essential to our health, such as iodine, important for healthy thyroid function, fluorides, critical to oral health, and manganese, essential to bone formation and insulin production. Although still a rarity on our plates, it can be found on the menu at some restaurants or on sale as an ingredient in some mass market products.