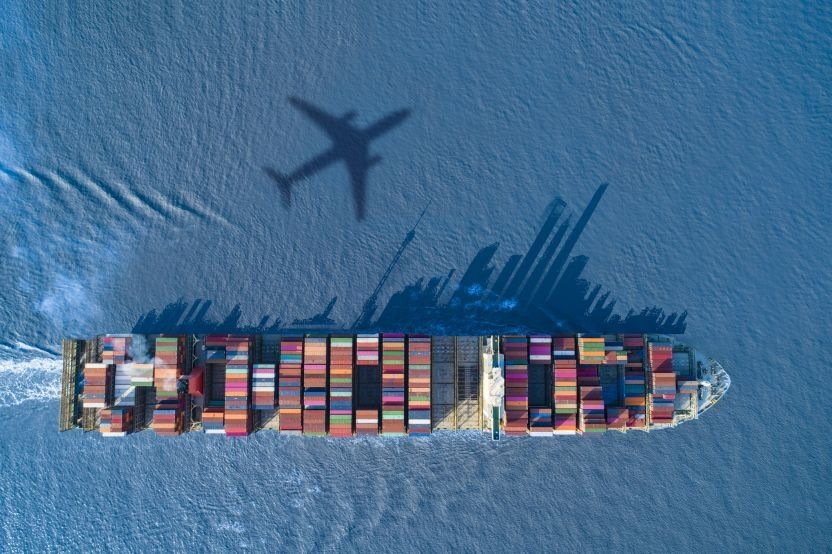 On 14 July 2021, the European Commission unveiled a list of 12 proposals for reaching its target of achieving carbon neutrality by 2050. These proposals include the idea of setting up an EU Carbon Border Adjustment Mechanism (CBAM – see article [in French] here).

This proposal aims to achieve the goal of decarbonising the European economy by putting a tax on imports of goods manufactured in countries where carbon legislation is less stringent. Pollution generated by the EU comes not only from production within its own borders but also from imported goods and services used by European countries – and products imported into Europe have a large carbon footprint. The process of manufacturing them outside the EU and then transporting them into the EU generates greenhouse gas emissions that are not necessarily taken into account by legislation and pricing in the countries where they are made.

The idea of taxing imports in this way is justified by the current expansion of European environmental policy: the gradual upward trend in carbon prices risks increasing carbon leakage outside the EU by inadvertently encouraging manufacturers to relocate their operations outside the region. There is a serious risk of increasing pollution in developing countries and rendering global efforts ineffective. The proposed mechanism also aims to curb the competitive weakening of European companies faced with less scrupulous competitors.

The idea of a CBAM builds on the “climate clubs”, alliances of countries that have harmonised carbon prices by pooling their rights to pollute – something Switzerland, Liechtenstein, Iceland, Norway and the EU have done through the EU Emissions Trading System (EU ETS) (see Europe – État des lieux de la fiscalité écologique [article in French]).

Under the EU ETS, a cap is placed on CO2 emissions and allowances are then allocated to companies in sectors covered by the scheme. These rights to pollute can be exchanged between production sites. A company whose marginal cost of pollution abatement is lower than the price of a permit will opt to abate its pollution rather than use its right to pollute, which can resold. Rights can be traded up to the cap, though the latter gradually decreases. Allowances are freely allocated for the sake of protecting against the risk of carbon leakage: auctioning allowances can lead to a loss of competitiveness and large-scale relocations, rendering the scheme ineffective.

The Commission wants the CBAM to become an alternative to the EU ETS, with freely allocated allowances to be phased out from 2026 onwards. The CBAM will be based on a system of certificates representing emissions embedded in imported products, with carbon prices aligned with the average price of ETS allowances and no option to trade allowances. Until 2035, when freely allocated emissions allowances will be completely phased out, the CBAM will only apply (in those sectors covered by the scheme) to that proportion of emissions not covered by free ETS allowances. The plan is to gradually expand the mechanism; the CBAM will initially apply to sectors particularly at risk of carbon leakage: cement, iron and steel, aluminium, electricity and fertilisers.

The mechanism will bring with it some disadvantages in terms of acceptability, effectiveness and ease of implementation; how many will depend on its scope and how it is calibrated. To implement an adjustment mechanism, carbon prices need to be the same whether a product is manufactured at home or abroad so as to prevent unfair competition. The first is issue, then, is the carbon price stability: prices of tradable permits in the European market are constantly changing as supply and demand fluctuate. A price floor will also have to be introduced within the EU ETS. Otherwise, the mechanism will not offer sufficient incentives, especially at times of recession when prices can fall sharply.

Moreover, the need to take into account not only emissions arising from the manufacturing process but also those arising from goods being transported and imported as a baseline for the EU’s carbon footprint[1] so as to be able to set emissions reduction targets means careful thought must be given to the calculation methodology.

The question of how to compare technological intensity between countries and how to choose a carbon intensity measurement framework is not an easy one to answer. Indeed, while measurement of carbon intensity for some primary goods such as cement and steel is standardised, the same cannot be said for all products. But the choice of one framework over another will significantly impact how effective the instrument is.

The CBAM also appears to be an attempt to reconcile two priorities that are fundamentally at odds: free trade and environmental policy. Because the manufacturing process is so fragmented along the value chain, the CBAM must be compatible with the World Trade Organisation (WTO) principles on fair competition. To ensure that this is the case, two rules must be taken into consideration to prevent the mechanism being co-opted for the purposes of “green protectionism”: the “most favoured nation” clause (also known as the principle of non-discrimination) from the General Agreement on Tariffs and Trade (GATT), which entails giving products the same treatment whether they are manufactured domestically or imported, and subsidy clauses from the Agreement on Subsidies and Countervailing Measures (SCM agreement). This is why applying the mechanism by means of certificates representing carbon emissions embedded in imported products, using the same price as that applicable to domestic manufacturers, could level the playing field between the EU and third countries without giving rise to unfair competition. Applying the same carbon price whether a product is manufactured at home or abroad would prevent the additional cost to importers (or exporters to the EU) being seen as a form of support for European businesses or a penalty on businesses exporting to the EU and would make the mechanism compatible with WTO principles.

Aligning the fight against climate change with the demands of international trade requires the EU, as well as finding a shared approach within its single market, to step up diplomatic efforts to persuade its trading partners of the benefits of greater multilateral cooperation in pursuit of carbon neutrality. Before they can congratulate themselves on having created a new own resource to fund the EU’s budget, Europeans will have to succeed in this diplomatic offensive, hampered by third country perceptions that it is little more than a protectionist campaign.

Memorandum written by Thaïs Massei, eurozone intern, under the supervision of Paola Monperrus?Veroni

The idea of taxing imports in this way is justified by the current expansion of European environmental policy: the gradual upward trend in carbon prices risks increasing carbon leakage outside the EU by inadvertently encouraging manufacturers to relocate their operations outside the region. There is a serious risk of increasing pollution in developing countries and rendering global efforts ineffective. The proposed mechanism also aims to curb the competitive weakening of European companies faced with less scrupulous competitors.