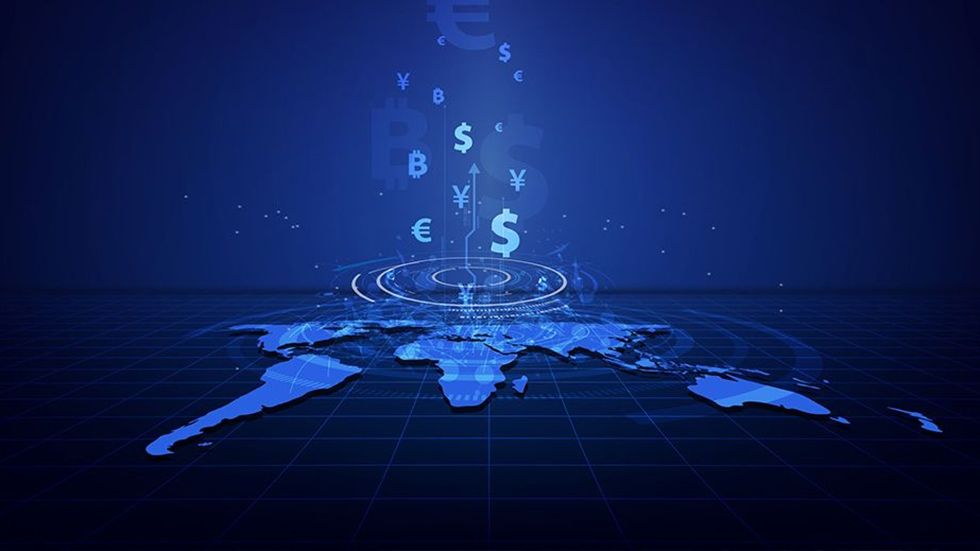 Wherever you look, inflation is higher than it has been for decades. The logistics and supply chain disruption responsible for an initial wave of price rises might have been expected to resolve itself once Covid was over and done with. But any hopes of a rapid return to normality were dashed by the renewed surge in commodity prices after war broke out in Ukraine. However the conflict unfolds, there is nothing at this stage to suggest that economic sanctions will be lifted quickly, which means commodity prices are likely to remain under pressure for a long time to come.

Faced with bigger and longer-lasting inflation bumps, central banks have taken a tougher line and embarked on monetary normalisation, albeit at varying rates. While inflation is running at similar levels in the US and the eurozone (8.5% and 7.5% respectively in March), the Fed has significantly upped the pace of its policy tightening, with markets banking on five or six more rate hikes between now and the end of 2022, whereas the ECB is proceeding with caution and is expected to hike rates only once or twice this year. These differences in the pace of normalisation can be put down to whether or not inflationary pressures are symptomatic of cyclical excesses.

The US economy is showing clear signs of overheating. During the post-Covid restart phase, supercharged demand fuelled by an outsize stimulus plan collided with inelastic or disrupted supply, inevitably causing prices to rise. The job market has also been under severe pressure for the past few months, with acute labour shortages, record quit rates and soaring starting salaries, all of which could feed into a price/wage spiral. Core inflation, which excludes energy and food prices, has reached 6.5%, indicating that inflationary pressure is widespread. If it is to stop the bump turning into an uncontrollable wave, the Fed is going to have to get tough. Having previously been in denial, the US central bank now looks determined to bring inflation back under control, which means interest rates are likely to rise faster and the Fed to downsize its balance sheet earlier than expected. However, breaking a surging inflationary trend could prove very costly for growth: cooling the overheat without causing the economy to stall is a tricky balance to strike. How this plays out will be partly dependent on markets: having been addicted to low interest rates and plentiful liquidity, they are going to have to get used to a less buoyant financial environment. This adjustment could prove painful if monetary life support is withdrawn too quickly at the top of the financial cycle, characterised by runaway asset price inflation against a backdrop of growing debt and excessive risk-taking. While the Fed has so far devoted itself to this balancing act with some degree of success, limiting the damage to markets, the lack of fuel is liable to weaken the financial edifice.

In Europe, unlike the US, the inflation shock has come amid a measured post-Covid recovery, with “whatever it takes” policies helping economic activity return more or less to pre-crisis levels, though without closing the accumulated growth gap. With the renewed surge in commodity prices – notably oil and gas – responsible for more than half of the observed inflationary pressures, inflation remains highly concentrated. Core inflation (excluding energy and food prices), which is fluctuating around 3%, is set to rise as higher costs are reflected first in cost prices and subsequently in selling prices, though these second-round effects remain limited for the time being. The main risk is that inflationary pressures will eat into corporate profit margins and erode consumer purchasing power, slowing the recovery. The ECB faces a difficult trade-off between high and persistent inflation – given that it is powerless to leverage global commodity prices – and flagging growth. This may justify a degree of caution but in no way does it justify inaction. Inflation influences the psychology of economic agents, with the risk that wage demands could fuel an inflationary spiral. The ECB must show that it is serious about dealing with this threat by anchoring inflation expectations around its medium-term inflation target of 2%. With real interest rates stuck in negative territory, the ECB also has an opportunity to speed up monetary normalisation with higher nominal rates while keeping financing conditions flexible enough to support growth. However, the inevitable rise in long rates could prompt markets to reassess risks to the sustainability of public debt trajectories, which could widen interest rate differentials between EU Member States. The ECB must reconsider the idea of a continuum of monetary policy tools and apply Tinbergen’s simple rule[1], which says there should be at least one policy tool for each policy target, by using interest rates to ensure price stability and using its asset purchase policy to combat financial fragmentation.