Geoeconomics and direct investment: the self-fulfilling power of expectations 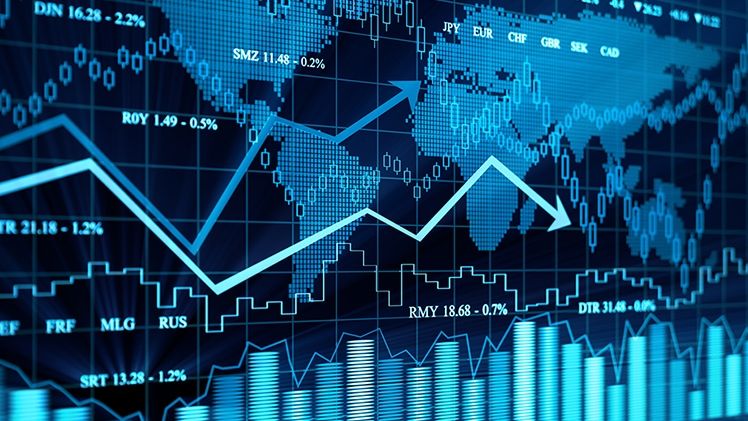 OECD statistics on foreign direct investment flows are worth revisiting, in the long term, in light of geopolitical risk. In particular, geopolitical tension evidently did not discourage direct investment into China up until 2021, with flows trending upwards since 2005 and, more strikingly, increasing sharply from 2019. Yet political analysts had already diagnosed the existence of a major political risk several years ago – a reality made even more obvious by Trump’s rise to the presidency. It had thus long been clear that economic relations with China would have to take account of a growing hegemonic struggle between China and the US, which would inevitably lead to a more or less gradual decoupling of value chains for all strategic products – i.e. not only those products that underpin geopolitical power but also those that guarantee states’ autonomy and sovereignty. This risk had been in existence for several years – spelled out, for example, in American documents naming China as a strategic adversary – and was gradually spreading through the economic domain. However, until 2021, it was not a powerful enough factor to influence long-term western decisions about investing in China.

The war in Ukraine has crystallised the geopolitical risk premium

What’s behind this disconnect between political analysts’ diagnosis and investors’ decisions? The explanation undoubtedly has to do with the individual beliefs of decision-makers: ultimately these play a decisive role in long-term investment choices. Although the US-China clash had been noted and discussed, it was no doubt not completely credible to the whole of the business community because it was not yet (at least not sufficiently) reflected in the reality on the ground – apart from in the trade war and the ramp-up of economic sanctions (which you might think would be evidence enough…). So, while some industry segments in China were affected, the overall view of the country was not. Up until 2021, this slow increase in geopolitical risk was not enough to offset the appeal of the Chinese market for direct investors, with short-term gains helping drive long-term strategic priorities.

However, beliefs are now shifting fast: the war in Ukraine has starkly highlighted what is ultimately at stake when it comes to major geopolitical risks. Such risks have suddenly become a powerful tool for reshaping the investment universe, because what we are dealing with is no longer “just” a shock but a new long-term risk universe. In this way, the war is also shifting investment expectations worldwide, well beyond the bounds of Europe, simply by broadening the range of possibilities. The “what if” advocated by Max Weber in his practise of historical sociology is regaining its relevance as a risk assessment method. Ultimately, then, this war has (unfortunately) crystallised the geopolitical risk premium, which had previously been so difficult to clearly identify – except in the volatility of the sovereign spreads and exchange rates of certain countries regularly affected by geopolitics, Turkey being one example.

Behind the decision by most direct investors not to align their strategies with the signals emanating from the geopolitical sphere lie beliefs about how much stress geopolitical risk can really generate. However, undoubtedly also at play is the still widespread conviction that the US hegemonic cycle could be followed by a Chinese cycle. “China has already won”, wrote Singaporean political analyst Kishore Mahbubani in a 2020 headline. He explained how, in the competition between China and the US, while the latter retained its lead in many areas, China was scoring more long-term points because it was making fewer mistakes than its rival on the other side of the Pacific. The fact that a good number of western investors absorbed this underlying geopolitical scenario of a Chinese “win” into their collective beliefs was also underpinned by the world’s unquestionable demographic tilt towards an Asia that was seen as having China at its core – an argument which, at the time, won out over the weakness of Beijing’s growth model, however visible that may already have been.

Barely two years on, it’s worth cautiously questioning Kishore Mahbubani’s conviction, not only in light of the western strategic realignment that will henceforth influence companies’ choices (because, in the event of conflict, businesses will side with their own country) but also because of the obvious weaknesses of China’s economic and political model. To what extent could these factors eventually translate into a more lasting loss of power that would give the US the upper hand in the hegemonic struggle? While it’s still too early to answer that question, it’s clear that, in terms of the global balance of power, China is likely to emerge much weaker than expected from Covid. Furthermore, if investors adopt this idea and change their expectations in favour of the US, this could have a self-fulfilling effect on direct investment flows over the next few years.

Lastly, let us keep in mind a few lessons from history, in particular the idea that hegemonic transitions are always times of not only great uncertainty and growing global conflict but also strategic surprises. Consequently, the scenario in which one hegemonic power (in this case the US) is replaced by its designated competitor (namely China), for example on account of an increase in China’s share of global GDP, does not line up with either historical experience or the true complexity and slowness of a hegemonic transition… Shifts of power are about much more than something as simple as GDP because they involve both hard and soft power. So what we’re currently seeing could just as well be the birth of a new US cycle as that of a world divided into blocs or, above all, much more complex scenarios of fragmentation that will likely result in a multipolar global power structure.

Lastly, another lesson history teaches us is that there can be no lasting hegemonic transition unless the new dominant state is able to offer a new social contract based on choices, values and a collective imagination shared by a majority of citizens. After the war, it was as much the American dream as military power that served as the basis for the hegemonic cycle. Furthermore, it is in this area of dreams and individual projection that Russia – like the USSR before it – has always failed to offer an alternative. Building a hegemony involves positive momentum, not just a struggle for power. The dominant power needs a modicum of legitimacy to be able to impose its regulating standards and principles and thus restore a form of stability to the global system of international relations.

What's behind this disconnect between political analysts' diagnosis and investors' decisions? The explanation undoubtedly has to do with the individual beliefs of decision-makers: ultimately these play a decisive role in long-term investment choices. However, beliefs are now shifting fast: the war in Ukraine has starkly highlighted what is ultimately at stake when it comes to major geopolitical risks. Such risks have suddenly become a powerful tool for reshaping the investment universe, because what we are dealing with is no longer “just” a shock but a new long-term risk universe.